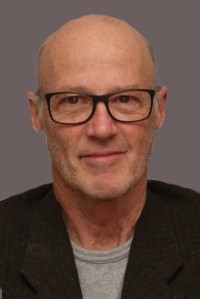 Glenn is a writer living near Aspen, Colorado. He has been a syndicated columnist for numerous newspapers, and was a contributing columnist for The Wall Street Journal (see HERE).

Glenn’s work has also been published by RealClearPolitics, Powerline, Lucianne, Instapundit, American Thinker, the Centennial Institute, the Independence Institute and numerous other national outlets.  He is a frequent television and radio guest. Thousands of locals and visitors in Aspen voted him “Best Columnist” in 2020 and both “Best Columnist” and “Mr. Aspen” in 2021.

Glenn has been a roustabout in an oil field, an iceman, an adjunct law professor, a cabinet maker, an aerospace engineer for The Boeing Company, a male model and a lawyer practicing before the United States Supreme Court as a Partner and Co-Chair of the Intellectual Property Group of the international law firm of Gibson Dunn & Crutcher, LLP.

Glenn is a former Full Member of Mountain Rescue Aspen where he participated in numerous rescues and body recoveries. He’s an accomplished amateur mountaineer and adventure traveler who summited the Matterhorn and the Eiger and twice walked the 500 mile Camino de Santiago.

I’ve mostly quit social media. Correspond or subscribe by sending an email to theAspenbeat@gmail.com.  It’s free; I’ll never share your address; and I’ll never try to sell you anything.

16 thoughts on “About Glenn K. Beaton”