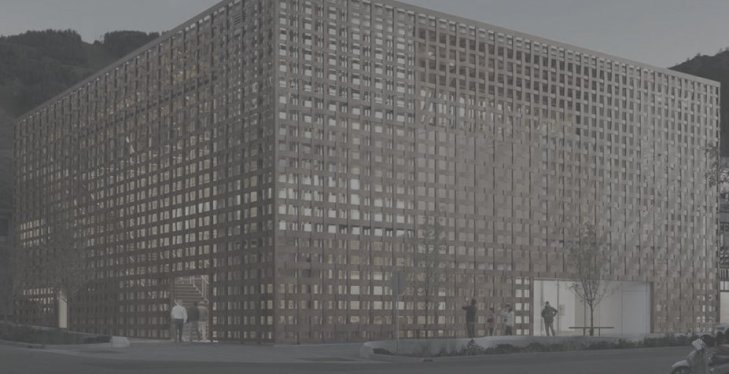 It’s not that the city has no development standards on the books. Instead, it’s that the City Council grants too many variances to those standards. So, the people have put a referendum on the ballot to limit the council’s authority to grant further variances.

How did it come to this? Why did the City Council grant so many variances to the city’s standards that the city’s people no longer trust them to do the right thing for the city?

One reason is the affordable-housing program.

Don’t get me wrong. It’s not affordable-housing units per se that are ugly, and certainly not the people who live in them. Rather, it’s the variances that the City Council gives developers in exchange for them.

Here’s how the game is played: Developers often apply for variances in height standards or building volume. In a well-run city, the few variances that are aesthetically justified are granted and the many that are unjustified are denied.

But that’s not how it works in Aspen. Here, developers buy variances by simply feeding the council’s insatiable appetite for affordable housing. Take an ugly project, toss in some affordable housing magic dust and — voila! — the frog is transformed into a prince, at least in the eyes of City Council.

Developers grumble about this pay-to-play system (but not too loudly, because they can’t risk offending or embarrassing those whose approval they need) but console themselves with the knowledge that they will pass the expense onto consumers. Meanwhile, City Council congratulates itself on squeezing some dough out of the developer to send to the recipients of affordable housing.

Those recipients include the council members themselves. The new “Art Monstroseum” was approved by a five-person City Council of which four members lived in affordable housing. (One was the mayor at the time, who now wants to return as a council member.)

This process is not intellectually honest, but it is certainly symbiotic. The developers get the development they want and City Council gets the affordable-housing fix it craves.

This affordable-housing scheme is a sacred cow in Aspen, but it’s not clear why. It channels taxpayer subsidies to insiders making up to $186,000 per year so that they can avoid a half-hour commute on taxpayer-subsidized public transportation. That’s the sort of commute that workers in the rest of America handle every day — and in the rest of America they don’t enjoy heated quarter million dollar bus stops, Wi-Fi-equipped buses and spectacular scenery along the way.

The rationale for letting these middle- to upper-class white people in a fancy resort town suckle at the teat of a sacred cow subsidy is that they are so diverse — so special! — that housing them within walking distance of the gondola enriches the rest of us.

Puh-leeze. The real explanation is that with their sheer numbers, they’ve voted their way into high-end welfare.

Many of these welfare recipients reap unreported (and untaxed) profits, taking them north of the $186,000 cutoff, by subletting their taxpayer-subsidized housing at market rates. (Consider the five-figure rents they receive for subletting their downtown apartments just for the week of Christmas.) All the while, they vilify the rest of us as “greedy capitalists” for failing to deliver even bigger subsidies with which they might reap even bigger unreported profits.

Maybe you disagree with me. Maybe you think affordable-housing welfare for the middle- to upper class is great, and not just because you’re one of the insiders receiving it. OK, then let’s assume for purposes of argument that I’m wrong, and that in fact this social-engineering scheme engineers a better society. Let’s say it benefits us all.

But what about the cost for this asserted benefit? Is affordable housing so beneficial that it’s worth waiving the city’s development standards for it?

Stated another way, should we be destroying this place we all love in order to make if more affordable for some of us making as much as $186,000 a year?

The people’s representatives in a democracy are supposed to represent the people, not themselves and their friends and cronies. For example, judges routinely “recuse” themselves from cases where they have a conflict of interest.

This is a conflict of interest. It’s a scandal waiting to happen.

At the very least, council members living in affordable housing should state publicly, with regard to each affordable-housing issue brought before them, whether they believe they have a conflict of interest and, if not, why not.

Candidates, will you promise to do that?