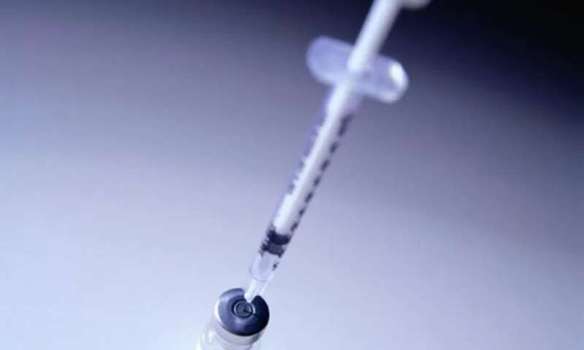 I’ve been called an idiot and a traitor for this. An idiot for taking a small chance on a vaccine that looks very effective and safe in clinical trials so far, and a traitor for turning against some of my tribe who think the virus is a hoax.

And then there’s the anti-vaxxers.

My decision is mostly for selfish reasons. As a 64-year-old man in reasonable health, I’m tired of being locked down. I want to see my adult daughters and friends without them or me worrying that we’ll transmit the virus. I used to travel a lot and I want to be able to resume that legally and safely.

Only slightly less selfishly, I want to be part of a pioneering effort to defeat this thing. Our parents and grandparents beat polio, measles, smallpox and mumps. Our generation will beat this disease too. This virus picked the wrong host.

Lastly, my participation might be good for humanity is a small way. We need people not to cower but to step up. Brilliant scientists have developed these vaccines at warp speed – they’ll go down with Jonas Salk and the polio vaccine – but now they need help.

They need patients. Preferably, patients of the demographic that are susceptible to the disease who will present a real test of the vaccine. I can be one such patient.

The scientists are the real heroes, but I too can be a hero, albeit a teeny, tiny, itsy, bitsy one.

Here’s how it works. I applied to be a volunteer patient on a website run by a clinical trials company. The company screened me by telephone with 10-15 questions about my health. They aren’t looking for people in perfect health, since the vaccine is intended to be administered to many unhealthy people, but they do want to screen out people with conditions such as immunological disorders that might confound the results.

At the end of this 10-minute screening, I was told I was qualified. They scheduled the shot for this coming Monday morning. I’ll get either the Pfizer vaccine or a placebo. It’s a blind study, so I won’t know which I actually get until it’s unblinded months from now.

As for my idiocy, some people think these vaccines are unsafe. Notably, the people saying that are not virologists or epidemiologists. Rather, they’re YouTube attention seekers and social media repeaters.

That doesn’t necessarily mean they’re wrong. Even a blind pig finds an occasional acorn. But I’ll take my chances with the experts, not the YouTubers and Facebookers.

Besides, these vaccines are not entirely untested. They are now in the final phase of testing. Earlier phases showed both robust efficacy and high safety. It’s true that there are reports of occasional “side effects” which I’m willing to risk including low grade fevers a day afterward and “pain at the injection site.”

Consider that. Sometimes these injections produce “pain at the injection site.” I suppose California will soon require a warning label to that effect.

As for me being a traitor, some people in my conservative tribe think the virus has been used for political purposes. That much is certainly true.

It’s true, for example, that the left barely conceals its glee in this election year that thousands have died, the country was shut down and for a while the stock market tanked. A Republican president cruising to re-election in a booming economy last winter has had to deal with a pandemic that has produced the worst unemployment since the Great Depression.

It’s equally true that the death and new case numbers are unreliable and the efficacy of such measures as masks and social distancing is uncertain (though probable). The vulnerability of the healthy population is overstated. The lockdowns of healthy people were destructive (and, conversely, the failure to isolate vulnerable elderly people was deadly).

But that doesn’t mean the virus is a hoax. It’s undisputable that the virus is widespread and dangerous, even if the political posturing over it is deplorable and the media coverage is incompetent and biased.

As for the anti-vaxxers, that’s the weird alliance of people mostly on the far left along with a minority on the far right who disagree about everything else but agree, without real evidence, that vaccinations are harmful.

Lately, they’ve gone right off the deep end. They now contend that vaccinations are a plot by Bill Gates to (1) reduce world population and (2) implant microchips in everyone. As if Bill Gates wants to kill or spy on The Aspen Beat.

Everyone is entitled to fantasy, especially people with small lives who are afraid. But the fantasies of anti-vaxxers are dangerous because they’ve produced a resurgence in diseases that were practically exterminated such as measles.

Interestingly, the anti-vaxxers are not just concerned about the well-being of themselves and their children. As I’ve learned on social media, they proselytize. They insist that you, too, join in their anti-vaxxing beliefs. This is not really science for them, though they try to couch it in pseudo-science. It’s faith. Unbelievers in their faith are heretics whom they name-call and seek to shame and banish.

So that’s where I am. Next column: “After the shot”

39 thoughts on “I’m in the COVID vaccine trials”