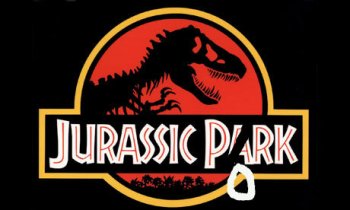 Remember “Veloci-RFTA”? The government bus guys (named Roaring Fork Transportation Authority paid a gazillion dollars for that name, and then laid enormous concrete eggs all around the bus stops so that you wouldn’t forget it.

It’s their name for the local buses. It’s a play on velociraptor, the dinosaur species that starred in the Jurassic Park movies. The expensive name is supposed to make you want to ride the bus more because, according to RFTA, people want to ride buses with “fun” and “unexpected” names.

That’s right, the government bus guys, who want to socially engineer us into government-mandated solutions to global warming/cooling/whatever, think we’ll ride the bus more if it’s named after a hybrid of their catchy acronym and an extinct chicken-shaped dinosaur that failed to survive a climate change 66 million years ago.

They failed. None of this succeeded in making me ride the bus more.

In fairness, the bureaucrats who, um, work here didn’t actually do this, um, work themselves. END_OF_DOCUMENT_TOKEN_TO_BE_REPLACED

The Managing Editor of your fine newspaper, Joanna Bean, invited me to write a column or two about the old days.   Those days and I are about the same age, you see.

I attended Harrison High School – home of the Panthers — where I was shaken down daily for my lunch money.  I was famous there for being the younger brother of Mark Beaton, a terrific baseball pitcher who dominated the Gazette’s sports page as thoroughly as he dominated opposing batters.  A pitching Panther, was he.  A typical Gazette sports page headline from spring of 1970 was “Beaton Strikes Out 15.”  (Look it up!)

As for me, well, END_OF_DOCUMENT_TOKEN_TO_BE_REPLACED

A lunatic in Charleston, South Carolina, tried to start a race war a few weeks ago. He entered a black church, sat and watched for an hour as the congregation welcomed him into their worship and then murdered as many as he could. As nine laid dead or dying, he fled like vermin.

The nation was stunned. The police apprehended the killer. The killer confessed. The people of Charleston wept.

The killer’s diary revealed that he had no friends and no allies. He bemoaned the fact that even with the Internet, he could not find anyone — not a single person — to join him.

This lone loser failed to provoke that race war. He didn’t even provoke riots. Not even protests.

What he provoked was love. Strangers of different races held hands and hugged as they sang gospel hymns to honor the dead and embrace the living.