Taxpayer-subsidized Colorado Public Radio likes taxpayer subsidies. I know from personal experience that they even like Aspen’s taxpayer-subsidized housing program, where residents making as much as $186,000 receive million-dollar houses for dimes on the dollar.

Here’s the background. One of Colorado Public Radio’s reporters contacted me a few weeks ago, saying he’d seen my columns on the problem-plagued program. He wanted to talk more and asked to have a telephone conversation. I agreed, and we did.

In our short conversation, I mentioned some of the problems. He said he planned to visit Aspen to investigate a story and would like to meet with me to talk more. Again I agreed, and we left it that he would call me when he arrived. He never did.

His story was broadcast on Colorado Public Radio last week, is reproduced on its website and was circulated on social media. The gist of his story is that the taxpayer-subsidized housing program is a success but needs more taxpayer money for more houses for more young people because the existing residents are aging and never move out. (Why would they?) The article concluded that the program will become a taxpayer-subsidized retirement home unless the taxpayers cough up even more money.

That’s all true. But the CPR piece failed to mention many other problems that I touched on in my conversation with the reporter and would have detailed in our follow-up conversation. END_OF_DOCUMENT_TOKEN_TO_BE_REPLACED 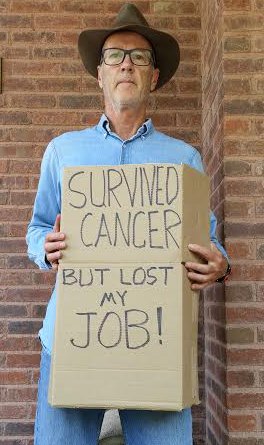 I tried a new job here in Aspen.  I was a panhandler.

I made a cardboard sign saying “SURVIVED CANCER BUT LOST MY JOB,” which happens to be true (albeit a little misleading) and put on an old pair of jeans and a work shirt.

Then I moseyed over to the police station.  The police had no money for me, but did have advice.  They advised me END_OF_DOCUMENT_TOKEN_TO_BE_REPLACED