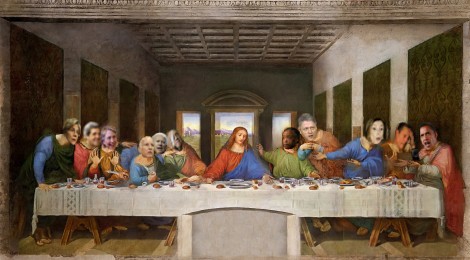 “What would Jesus do?”

From issues of so-called wealth inequality to global warming to nukes in Iran, the Left is suddenly atwitter with that question.

Notably, however, many on the Left asking this question don’t even believe Jesus existed. (On that point, their position is contrary to the conclusions of most historians.)

So why are they asking what a person whom they think never existed would do two millennia after the end of his life that they believe didn’t happen, about issues in a country that hadn’t been created at the time he didn’t live?

Because they think the question helps them win certain political arguments, that’s why. They don’t believe in Jesus, but, on certain issues, they think he’s on their side.

The latest example is a law in Indiana allowing persons of religion to practice their faith.

This comes up in the ridiculous context of wedding cakes. Some little bakeries operated by Christians, Muslims and Jewish bakers END_OF_DOCUMENT_TOKEN_TO_BE_REPLACED